Medallion Midstream is owned and operated by midstream experts with a track record of maximizing value for our customers. Our team of energy professionals are focused on bringing a wealth of hands-on management, engineering, operations and front- and back-office understanding to every project. 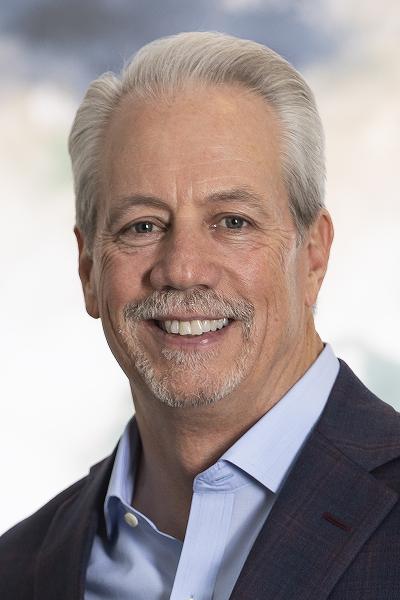 Medallion Midstream’s founder has nearly 35 years of experience in the natural gas midstream business in a variety of operational and commercial leadership roles.

Prior to his employment with Penn Virginia, Mr. Lentz was a partner and Vice President, Business Development with Cantera Resources and Cantera Natural Gas. During his five years at Cantera, the company acquired over $240 million in gas gathering and processing assets. Mr. Lentz contributed to the strategy, development, relationship building, capacity and throughput increases, and cost reductions that collectively led to the sale of the same assets for more than $1.4 billion. 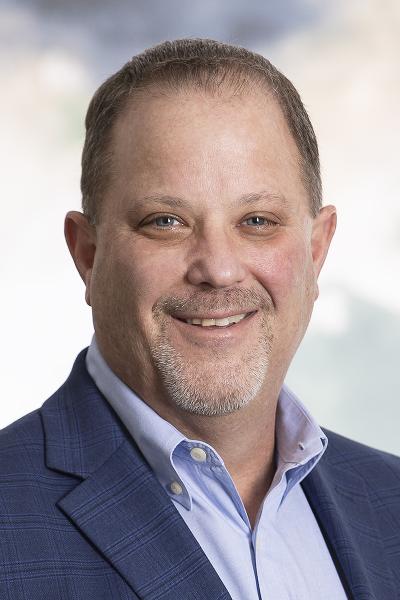 From September 2007 until joining Medallion, Mr. Doll served as Vice President, Finance with Laser Midstream Energy, LP, where he was responsible for overseeing all of Laser’s financial activities including accounting, finance, credit, risk management, analysis and administration. While at Laser, Mr. Doll successfully arranged a $105 million senior secured credit facility and was instrumental in the negotiations and development of a $150 million pipeline project in the Marcellus Shale.

Prior to joining Laser, Mr. Doll held the title of Western Hemisphere Controller for Hanover Compressor Company, where he was responsible for oversight of worldwide manufacturing accounting as well as finance and accounting activities for the North and South American compressor rental division. 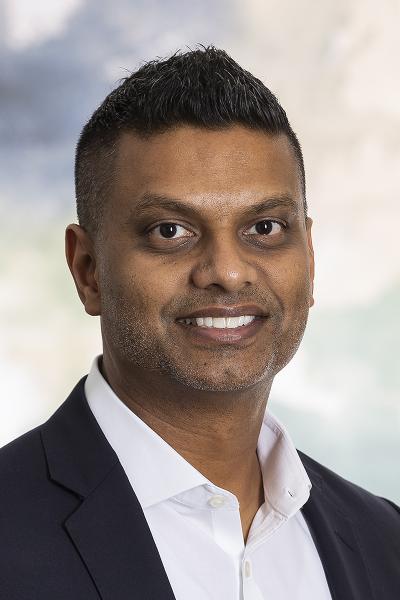 From 2016 until joining Medallion, Mr. Thomas served as Vice President of Midstream & Marketing for Atlas Energy.  Mr. Thomas was responsible for facility design, gathering, processing and marketing of all natural gas, crude oil and NGLs.

From 2006 until 2016, Mr. Thomas worked at Encana Oil & Gas, USA, serving in various roles including Facilities Engineer, Engineering Manager, and ultimately, Director of U.S. Midstream. Along with his day-to-day responsibilities of overseeing all U.S. midstream activity, Mr. Thomas was involved in A&D midstream transactions that accounted for nearly $500 million in midstream divestitures along with commercial negotiations of Encana’s midstream arrangements totaling over $2 billion. Mr. Thomas was also involved in numerous facilities and engineering projects throughout Encana’s portfolio and the design and optimization of oil and gas gathering systems, gas treating and processing systems.

Prior to Encana, Mr. Thomas spent eight years with Brenntag as Technical Service Manager, managing a process and production chemicals Technical staff in both Calgary, Alberta, and Denver, Colorado. 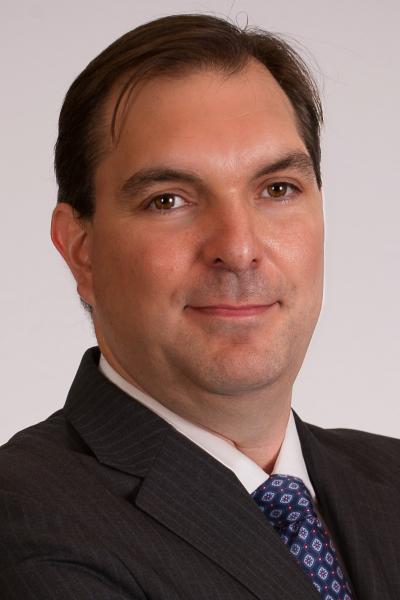 Prior to joining Medallion in September 2020, Mr. Degeyter served as Executive Vice President, General Counsel, and Chief Compliance Officer of Summit Midstream from May 2012 until August 2020.  Prior to joining Summit, Mr. Degeyter worked in the corporate legal department for Energy Future Holdings (formerly TXU Corp.) where he served as Director of Corporate Governance and Senior Counsel.  Prior to that, Mr. Degeyter was engaged in private practice with the firm of Correro Fishman Haygood Phelps Walmsley & Casteix LLP, specializing in securities regulations, structured finance, mergers and acquisitions, and corporate transactions. Mr. Degeyter is licensed to practice law in the states of Texas and Louisiana and is a member of the Louisiana State and Texas State Bar Associations. 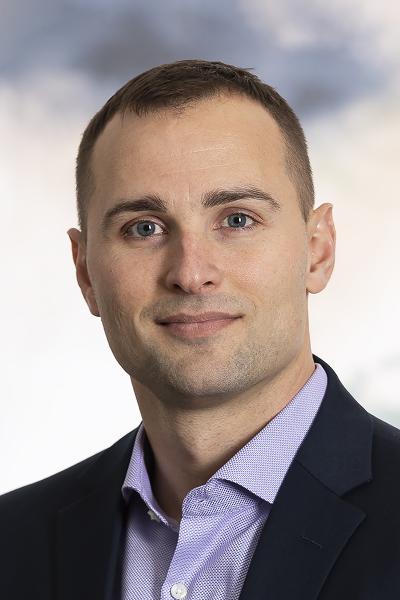 Bryan Florendo joined Medallion Midstream in 2018 and has extensive experience in the oil and gas industry, specifically in operations, engineering and commercial services. He is responsible for the oversight of all of Medallion’s crude oil operations.

Prior to Medallion, Mr. Florendo worked for Encana Oil & Gas, now known as Ovintiv Inc., where he most recently served as Manager of Commercial Midstream. While in this role, Mr. Florendo was responsible for all the company’s Permian Basin midstream operations, including the development and management of the Permian Basin transportation and processing budget and the evaluation and negotiation of long-term midstream and marketing contracts.

Previously, Mr. Florendo served as a Commercial Engineer, Production Engineer, and Reservoir Engineer, where he gained commercial and operations experience in oil and gas producing regions in Texas, Colorado, Wyoming, Michigan, and Pennsylvania.

Mr. Florendo earned Bachelor of Science degrees in chemical engineering and economics & business from the Colorado School of Mines. He also earned his Juris Doctorate from the University of Denver Sturm College of Law. 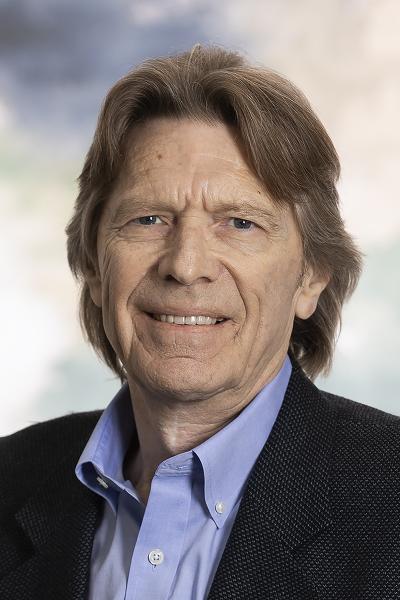 Steven R. Heape has extensive experience in land, business development and contract negotiations. He joined Medallion Midstream in 2013 and was named Vice President of Land and Right-of-Way in 2015. In this role, Mr. Heape is responsible for the development of value-adding opportunities and strategic partnerships across Medallion’s asset footprint.

Prior to Medallion, Mr. Heape served for several years as an independent landman. During that time, he was responsible for the development of lease agreements, the negotiation of oil and gas leases, title and mineral rights research, and land oversight and acreage trades in oil and gas resource development plays across the U.S.

Mr. Heape is a citizen of the Cherokee Nation and has been recognized on several occasions for his support of Native American culture and history. He is a founding member and board member of the Sovereign Nations Preservation Project in Dallas. He is also a board member of the National Multicultural Western Heritage Museum in Fort Worth and the Helping Our Helpers organization in Dallas. 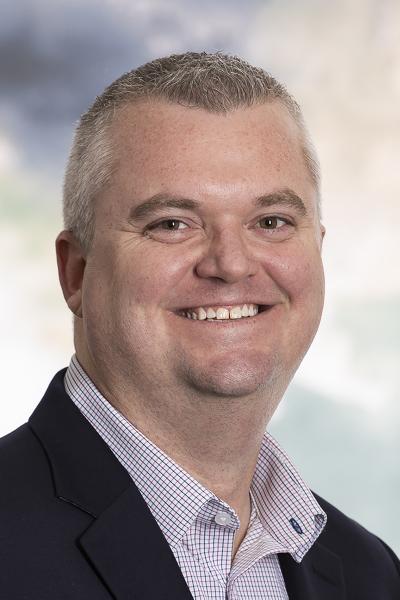 Aaron Offutt has 15 years of finance and accounting experience and as Corporate Controller is responsible for oversight of the company’s accounting, budgeting and treasury functions.

Prior to Medallion, Mr. Offutt was Vice President of Finance and Controller for Southcross Energy Partners, LP and its affiliates. While there, he led a team of over 25 employees across the state of Texas. He was responsible for the oversight of the finance and accounting departments and was a key contributor to several M&A transactions, both buy-side and sell-side. He was also responsible for the development and implementation of high quality internal financial and operational reporting tools that provided key business stakeholders accurate and timely information. Previously he was Director of Financial Planning and Analysis for Southcross, where he applied his experience in forecasting operating, administrative and capital budgets across the midstream value chain.

Previously, Mr. Offutt was Director of Accounting and SEC Reporting for Azure Midstream Energy, LLC.  In this role, he was responsible for the oversight of all external financial and operational reporting materials. He was also responsible for various treasury and investor relations functions within the company.

Mr. Offutt began his career with Deloitte & Touche, L.L.P. Before he left, Mr. Offutt was a lead audit senior management within the Energy and Resources Industry responsible for annual audits and quarterly reviews.

Mr. Offutt earned a Bachelor of Business Administration of accounting and a Master of Science in financial management from Texas A&M University. He is a licensed Certified Public Accountant in the state of Texas. 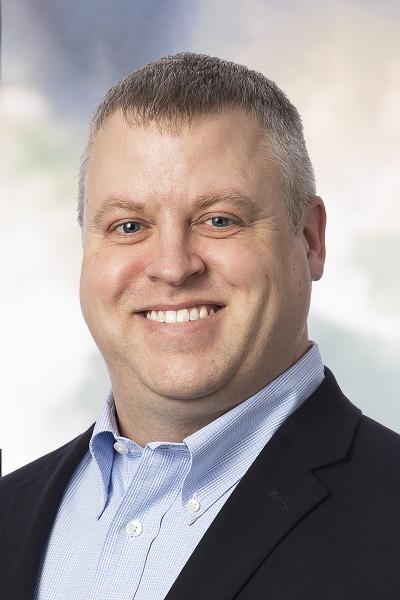 Andrew Simmons joined Medallion Midstream in February 2015 and served as the company’s Senior Counsel until being promoted to his current role as Assistant General Counsel in January of 2020. In his current role, Mr. Simmons is responsible for oversight and management of all the company’s legal affairs.

Prior to joining Medallion, Mr. Simmons was a Contracts Specialist for Laredo Petroleum, Inc., where he negotiated service contracts with commodity vendors and well site service contracts to sustain Laredo’s drilling programs.

Previously he served as a Contracts Manager for Kosmos Energy. During this time, he was responsible for a team of energy professionals focused on ensuring the timely roll out of global contracting strategy and the negotiation of service contracts with major suppliers to support Kosmos’s offshore drilling programs spanning over four countries. Mr. Simmons also worked at Noble Energy as a Contracts Negotiator.

Prior to Noble, Mr. Simmons worked for four years at the law firm Glast, Phillips & Murray, P.C. in Dallas, TX.

Mr. Simmons earned a Bachelor of Science in political science from Texas A&M University and attended St. Mary’s University School of Law where he received his Juris Doctorate degree. He is registered with the State Bar of Texas and is a member of the Energy Bar Association and Association of Corporate Counsel.

Ms. Schar is Vice President of Human Resources for Medallion Midstream. She is responsible for oversight and management of the company’s human resources initiatives; the development, interpretation and implementation of internal policies; all corporate giving and volunteer programs; and employee development and training.

Previously, Ms. Schar was Senior Human Resources Business Partner for Laredo Petroleum, Inc. In this role, she spearheaded the design and implementation of recruitment processes, developed and implemented company policies and procedures, incorporated an employee development and retention program, and supported a growing company with day-to-day human resources needs.

Prior to Laredo, she was Human Resources Manager for Broad Oak Energy, where she developed and grew the department from its inception. She was responsible for setting policy direction, development and documentation and creating an internal employee handbook outlining the company’s policies, reports and metrics that supported Broad Oak’s business objectives and goals.

Ms. Schar began her career as a Project Manager for Motorola in Austin. She earned a Bachelor of Science in advertising and marketing from The University of Texas in Austin. 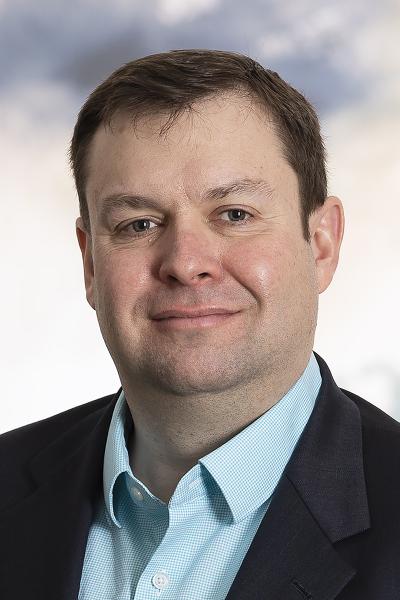 Mark Scott has nearly 20 years of experience in the oil and gas industry and is responsible for the oversight of all Medallion’s engineering and construction activities.

Prior to Medallion, Mr. Scott has worked in various engineering roles in the midstream sector for companies such as Devon Energy, Chesapeake Midstream, and Cardinal Midstream. As a process engineer, he performed engineering analysis that supported daily operations and optimized plant recoveries. He also worked closely with business development teams in the evaluation and optimization of potential opportunities from a design and cost standpoint. As a project engineer he has overseen the design and construction of plant and compression projects, both greenfield and brownfield, in the Barnett Shale as well as the Permian Basin.

Mr. Scott earned a Bachelor of Science in chemical engineering from the University of Alabama. 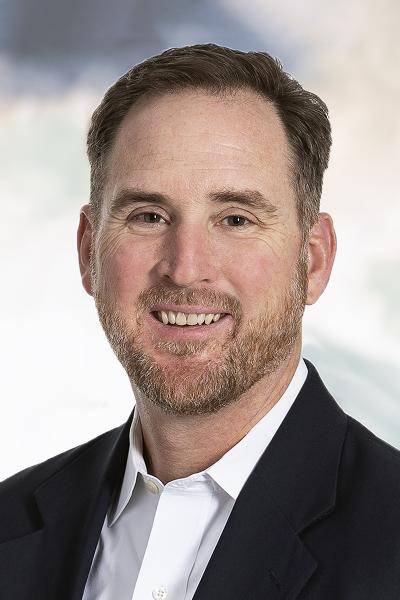 Chris has been with Medallion since 2014 and has twenty-five years of sales and commercial development experience. He currently serves as Vice President of Commercial Services for Medallion Midstream.

Prior to Medallion, Mr. Watts spent six years at Exterran Corporation, most recently serving as Director of Sales and Business Development for the company’s East Texas and North Louisiana business unit. In this role, he was responsible for a team of experienced oil and gas professionals that executed transactions for cryogenic processing facilities, compression and other oilfield equipment.

Prior to Exterran, Mr. Watts spent 22 years within the chemical industry serving the refinery, petrochemical and fine chemical / pharmaceutical business sectors. Within that timeframe, he worked at Infineum USA, LP as a Sales Account Manager for the Fuels & Lubes division and for Coastal Chemical Corporation as a Hydrocarbon Industry Manager. Mr. Watts began his career with Gaylord Chemical Corporation in 1992.

Mr. Watts earned a Bachelor of Science in mechanical engineering from the University of Mississippi and is a member of Tau Beta Pi. 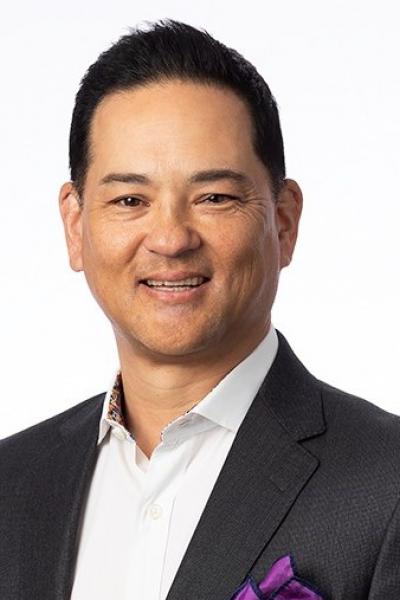 Mr. Wolfe brings more than 25 years of experience in technology across multiple industries in both the public and private sectors. As the Vice President of Technology at Medallion, he is focused on building and maintaining a sustainable digital transformation strategy that supports future growth and further strengthens the company’s differentiation in the Oil & Gas industry.

Prior to joining Medallion, Mr. Wolfe held technology leadership roles at First USA Bank, Stream International, & most recently J-W Energy Company where he served as the Technology leader for the past 15 years.  While with J-W, he led an IT organization that supported all corporate entities including E&P, Compression Manufacturing & Services, Drilling, Measurement, Midstream, & Wireline.